You are here: Home / Branding / The Playboy Brand in China

Recently, I did an interview about the Playboy brand in China. The interviewer had a specific angle he wanted his story to take, and my responses didn’t match that angle. Therefore, only one sentence of my interview was actually included in the article. I don’t want what I believe is the real story to go untold, so I’m publishing my responses to the questions I was asked here.

Regardless of how you feel about the Playboy brand, it’s a great branding story, and the company’s success in China provides a lot of great learning opportunities for brands in other markets, too.

Susan Gunelius: I don’t necessarily think that Playboy initially misunderstood the China market as much as they didn’t understand how Chinese consumers would respond to the brand. China is a sexually conservative country as we all know. Playboy grew its business in China by licensing the Playboy bunny, and the bunny became popular similar to how a brand like Hello Kitty became popular. It didn’t have to do with sex.

The Playboy brand has been in China for 20 years but the magazine was never sold there. The first Playboy club didn’t open in China until the 2000s. In China, the money has always come from merchandising the brand.

Today, the Playboy bunny symbolizes a specific lifestyle in China for sophisticated, fashion-conscious consumers. The brand is found in high-end stores and the company has even signed partnerships with high-end brands like Marc Jacobs.

It’s important to point out that Playboy started out as a lifestyle brand for men in the United States when Hugh Hefner published the first magazine in 1953. The magazine was filled with really great content by top writers. Sex was a byproduct of the promised lifestyle.

With the company’s recent shift away from pornography and nudity, it appears to be trying to reposition the brand back to making the promise of a specific lifestyle the top focus. That’s a very good thing that should have happened several years ago. In fact, it’s something I talked about a lot in my book, Building Brand Value the Playboy Way.

Today, men and women in China buy everything from Playboy shirts and handbags to bath soaps. For years, merchandising is what has carried the Playboy company. This is a company that probably would have gone under years ago if it weren’t for merchandising. About 40% of its revenues come from China and those are almost all from merchandise.

With that said, I’d argue that China is one of the things that Playboy did right in the past 20 years but whether that was by design or by accident is unknown.

Interviewer: What’s your own analysis of how Playboy handled its Chinese market between 2005-2015?

Susan Gunelius: Again, I think this is one area of the Playboy business that has worked in the past 10 years. There is 97% brand awareness of Playboy in China! The company has clearly been doing something right.

The reason Playboy has had success in merchandising in China is simple. One of the things I mentioned repeatedly in Building Brand Value the Playboy Way was that Playboy had lost site of its original brand promise as a lifestyle brand, not just a brand about sex. In China, the company was able to get away from pornography and go back to its roots.

When I wrote my book in 2008, I said the following in the concluding chapter, “There are a wealth of opportunities within reach if Playboy Enterprises is prepared to launch a full-scale rebranding campaign. The world has changed, but the overall Playboy brand image is still tied to a specific male audience. For future growth, the company needs to reposition Playboy as a brand that welcomes everyone.” In China, Playboy does welcome everyone and the merchandise sales are certainly not suffering for it.

Interviewer: How far apart are ‘Playboy’ and Chinese values? How could they be reconciled?

Susan Gunelius: Had you asked me this question a couple of years ago, my answer would have been very different than it is now. However, as Playboy continues its shift away from pornography, its values get closer to people’s values in China. Playboy is actively seeking partnerships with key companies in China to expand its brand presence.

For example, Playboy signed a licensing deal with Handong United last year to boost manufacturing and distribution of its merchandise from 3,000 to 3,500 stores. This is a brand that Chinese consumers welcome, so value reconciliation doesn’t seem to be a very big problem.

Think of it this way – total revenues in China in 2014 for Playboy were over $500 million and in the past decade, retail revenue in China has generated over $5 billion for Playboy. Things have been going well in China.

The key for Playboy at this point isn’t focusing on values as much as it is about ensuring the brand stays relevant, particularly to younger consumers in China. As long as the brand doesn’t lose focus again and the company continues to sell products that enable people to live a specific lifestyle that they aspire to achieve, Playboy should do just fine.

Susan Gunelius is President & CEO of KeySplash Creative, Inc. and Founder & Editor in Chief of an award-winning blog, WomenOnBusiness.com. She is a 25-year veteran of the marketing field and has authored 10 books about marketing, branding, and social media, including the highly popular 30-Minute Social Media Marketing, Content Marketing for Dummies, Blogging All-in-One for Dummies and Kick-ass Copywriting in 10 Easy Steps. Susan’s marketing-related content can be found on Entrepreneur.com, Forbes.com, MSNBC.com, BusinessWeek.com, and more. Susan is President & CEO of KeySplash Creative, Inc., a marketing communications company. She has worked in corporate marketing roles and through client relationships with AT&T, HSBC, Citibank, Intuit, The New York Times, Cox Communications, and many more large and small companies around the world. Susan also speaks about marketing, branding and social media at events around the world and is frequently interviewed by television, online, radio, and print media organizations about these topics. She holds an MBA in Management and Strategy and a Bachelor of Science degree in Marketing.

Contact KeySplash Creative today for a quote for your custom project. 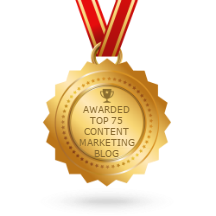 Read More from the Blog